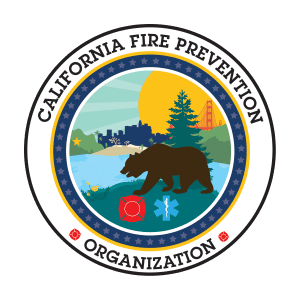 “Fire has been called a dangerous servant and a fearful master. It is a fundamental element of nature, capable of decimating and rejuvenating our most treasured ecosystems. We are daily enriched by the countless uses of harnessed fire, and yet when fire flares, uncontrolled, we are often tortured by its ravages. Fighting fire has been called the war that never ends and the people who fight it are counted among our bravest warriors.

The pages that follow contain compelling and awe-inspiring images and videos of wildfire in America’s most celebrated state—California. These images will bring to life the dangers, risks, and seemingly limitless power of fire as seen through the eyes of those who willingly placed themselves in the gap between nature’s indomitable force and the lives and property of their fellow citizens. These photographers’ used their keen eyes and creative vision to capture wildfire in ways that will raise your heart rate and ignite your imagination.”